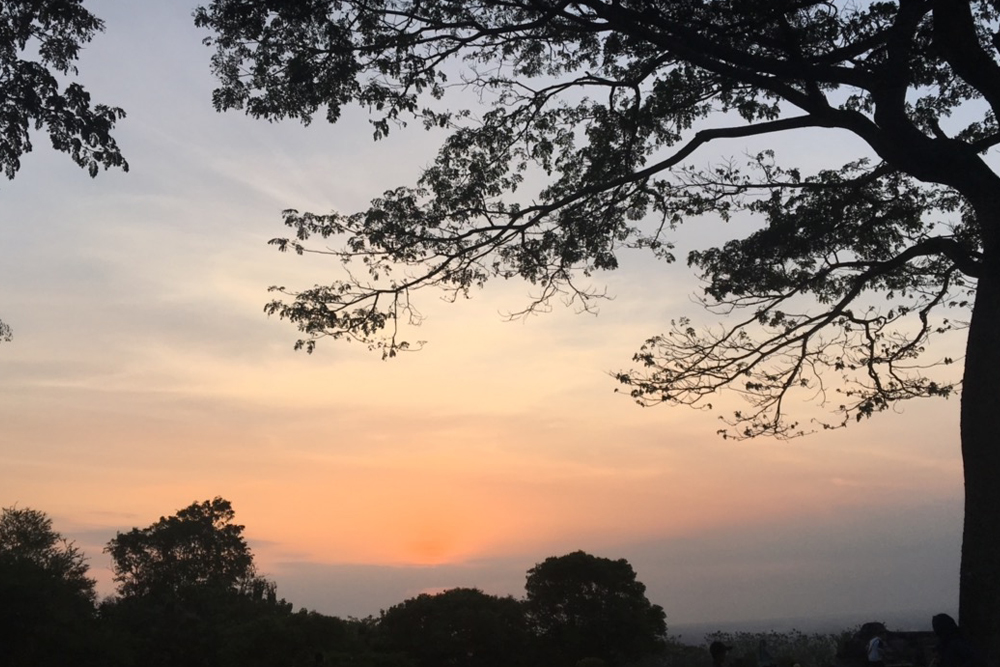 If you ask people around which cities they love most in Indonesia, a majority would most likely answer Yogyakarta. Progressive while still preserving its heritage, Yogyakarta is one of the rare cities in Indonesia where you can feel the best of both worlds; the modern and the traditional.

This wasn’t my first time visiting the well-loved city however I haven’t been there in almost 9 years and I was surprised that nothing has changed as much.

As I visited Yogyakarta during peak holiday season, I didn’t get to see as much tourist spots as I wanted to. However, I’d still consider the trip as a successful one as it was the right balance of chill and sightseeing.

Here are a few highlights from my trip to Yogya, which may help you give ideas on where to stay and what to do while you’re there.

As I came with a big group, we opted to stay in a villa. This was one of the best villas I ever stayed in. The villa was utterly stunning. It was very contemporary with its minimalist décor and all white walls plus all the surrounding greenery.

The villa could fit at least between 8 to 10 people as it had 3 bed rooms and 1 en suite master bed room. Our most favorite part was of course the swimming pool, especially with Yogya’s boiling hot weather. It almost felt like we were in Bali.

The only problem we had about this villa was that it was located in a rather secluded place. We needed to take a 10 to approximately 20 minutes ride by car to all the restaurants, mini markets, and such. 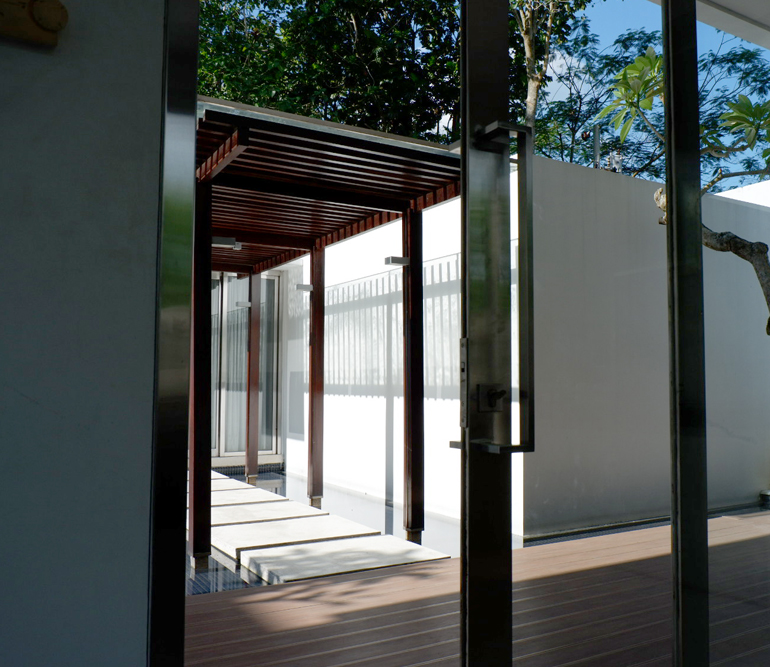 We didn’t stay in this place however we heard marvelous reviews about it throughout. Unlike the previous villa, this place is more of a boutique hotel. This hotel is well-loved among the community, especially on social media as it is very insta-genic.

The hotel has a very similar architecture to the previous place, with its contemporary designs, big windows and high white walls. However, the hotel is unique as the walls were brushed with arts from local artists.

We went here purposely to check out whether the place was as good as it looks on the picture, and honestly it was but we expected the place to be bigger.

As the hotel is currently on high demand and it’s hard to get a room here, we recommend coming here for their restaurant and their coffee.  They served fusion of western and Indonesian food that tasted amazing; it was worth every penny and journey. 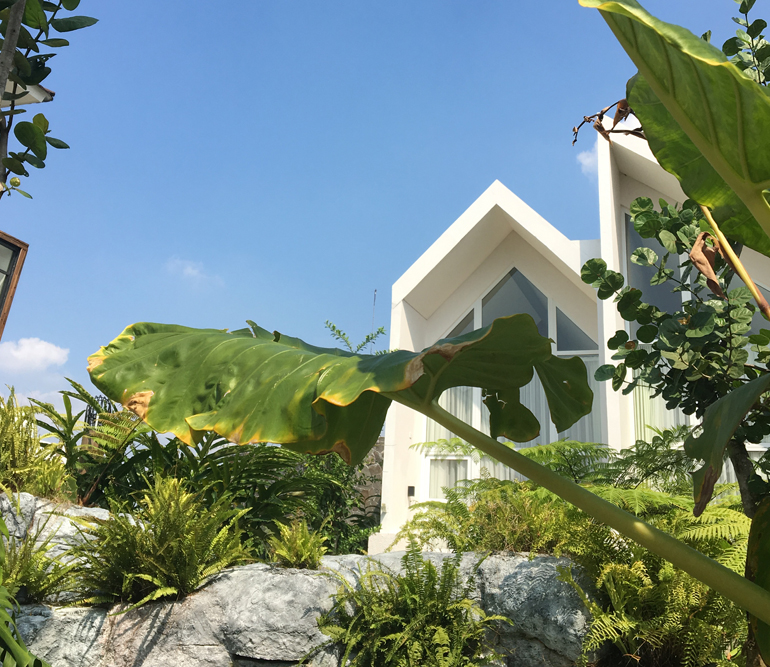 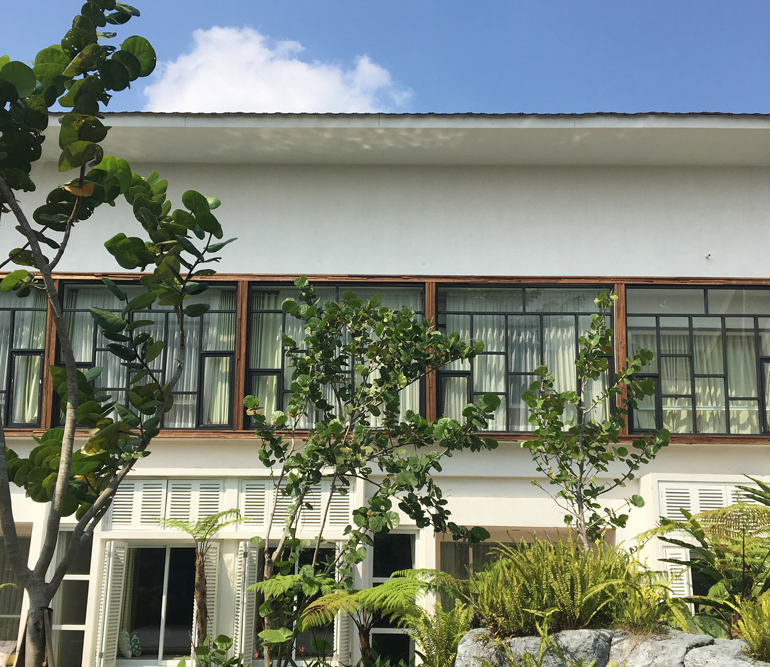 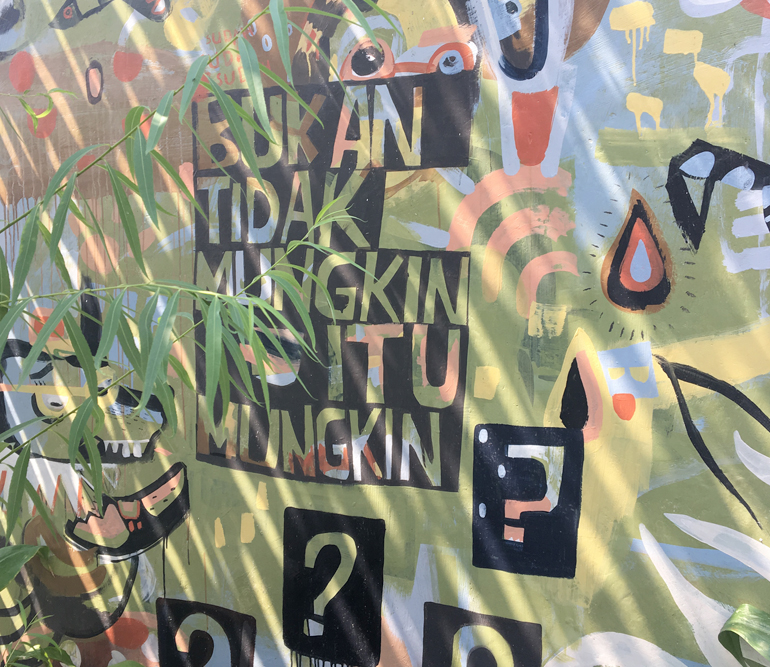 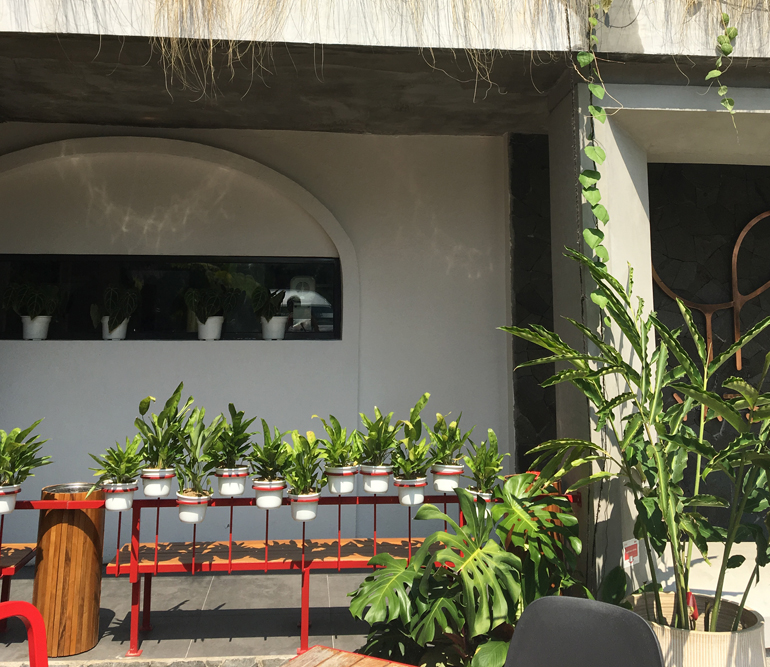 We woke up really early for a jeep ride around the Merapi area to catch the sunrise. I was very reluctant about it at first as I never been the outdoor-loving kind of person, however it turned out to be the #1 best thing about the trip. Guess it’s true what they said that good things always happen when you least expected.

The whole journey took about 2 hours. However, it didn’t felt as long as it was so much fun. We went through so many trails and the water ride, also stop by a museum which contains all of the remaining items from the Merapi eruption.

Despite waking up as early as possible, we were late to catch the sunrise but still got a chance to view the Merapi mountain before it was all covered by the clouds. 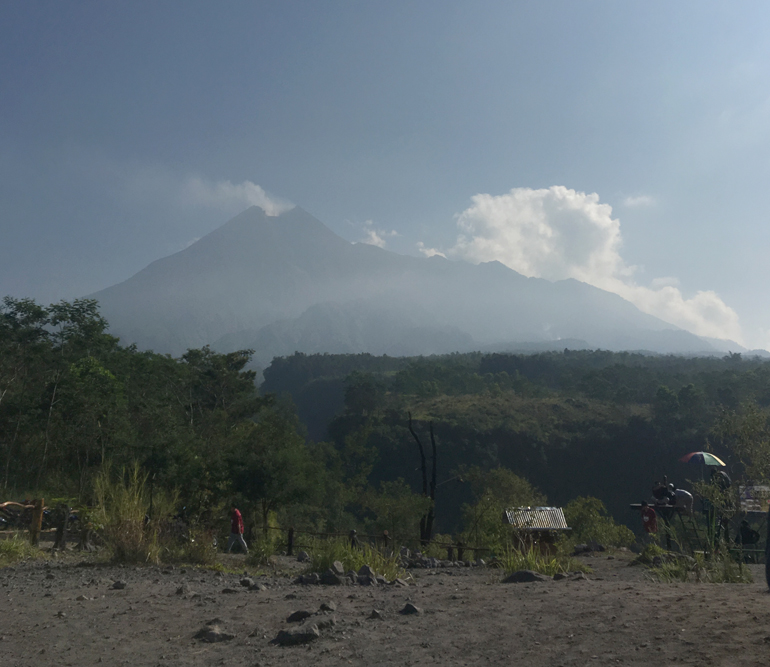 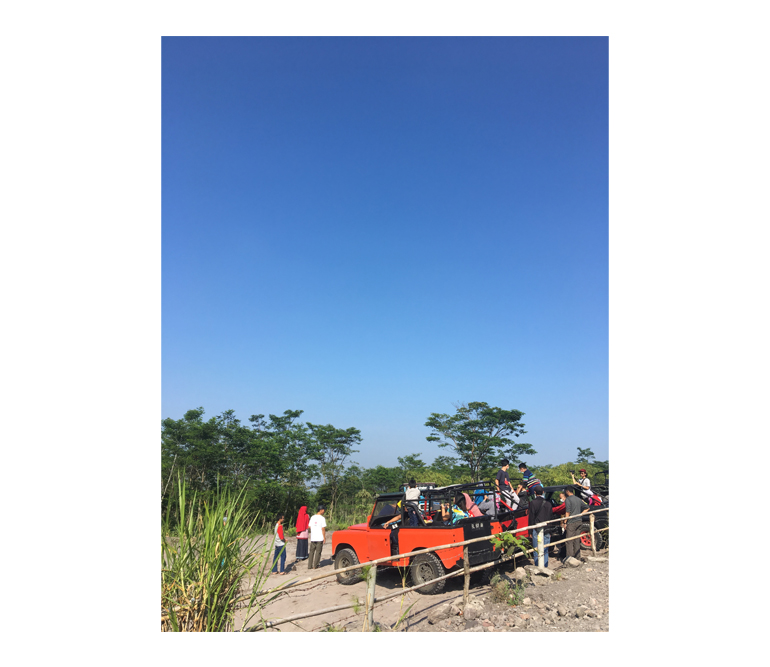 This was also an unexpected surprise that way way way better than I expected. The Ulun Sentallu Museum is a well-kept private museum that showcases the arts and history in relation to the Yogya royalty.

I must admit that I am one of those people who usually finds museum tours relatively boring, but this one was so good. Our tour guide has vast knowledge on what she was talking about, she was also witty which makes all her explanations more enjoyable. The museum was clean and just overall a pleasant experience.

Photography was not allowed inside the museum except for one piece at the end which happens to be my favorite. The piece essentially illustrates the way people today tends to forget where they come from, that we should be forward-looking but unforgettable of the past. 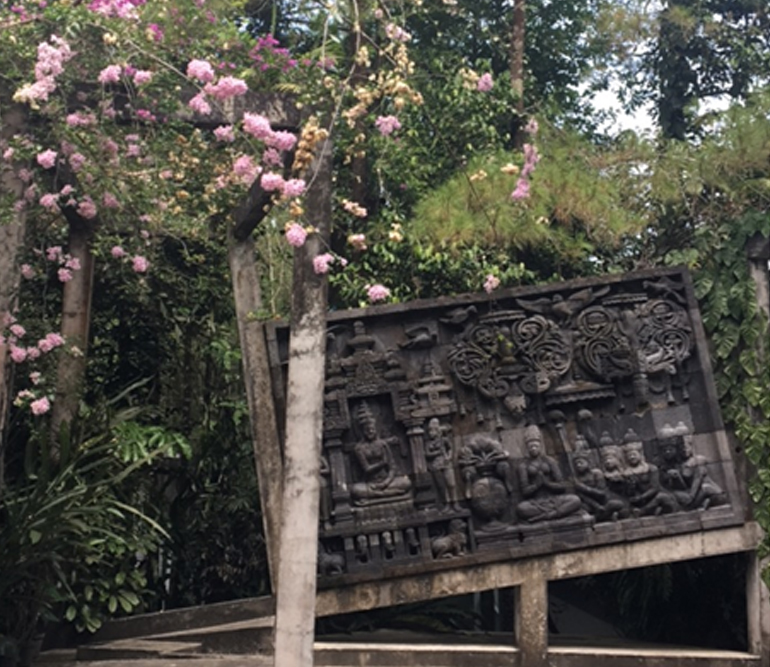 For all you sunset chasers like me, I highly recommend this spot. We actually went to several sunset spots however this was the best one. The whole area of Candi Ratu Boko is massive but even just a glimpse of it, you see how pretty the place is.

The Candi Ratu Boko is also a great alternative to Yogya’s other famous temples such as the Borobudur and Prambanan, as this place is not as well-known as the prior.

Aside from the grand temples, Candi Ratu Boko also locates a large garden where people usually hangs out and picnics on the area.  Nothing better than eating with a pretty view. 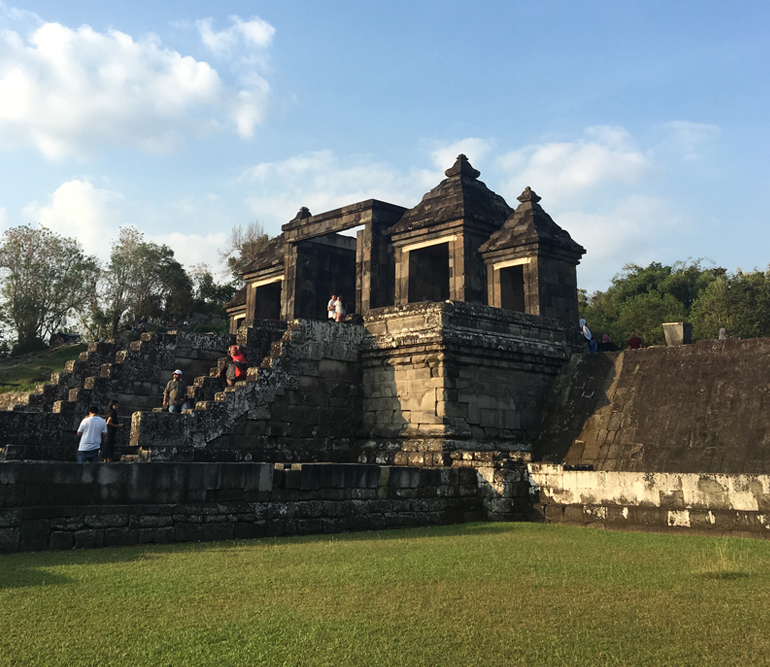 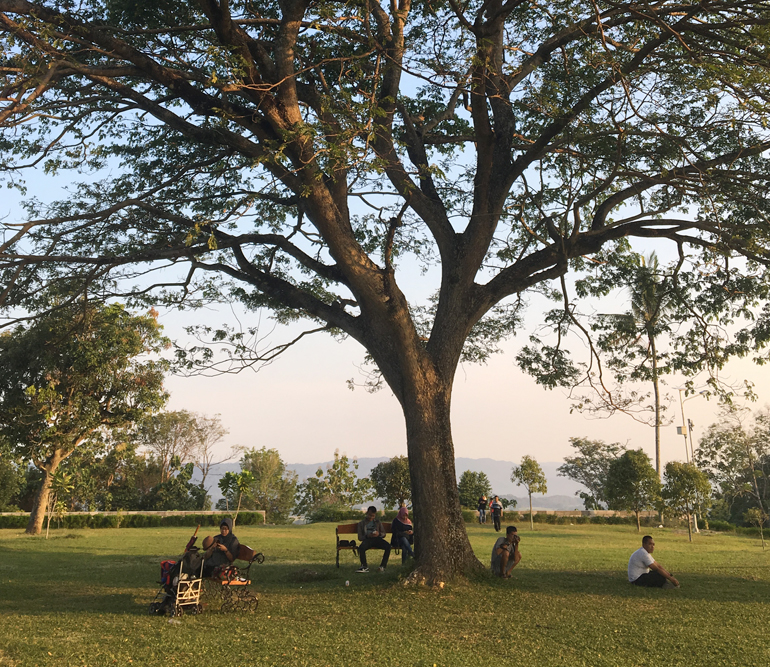 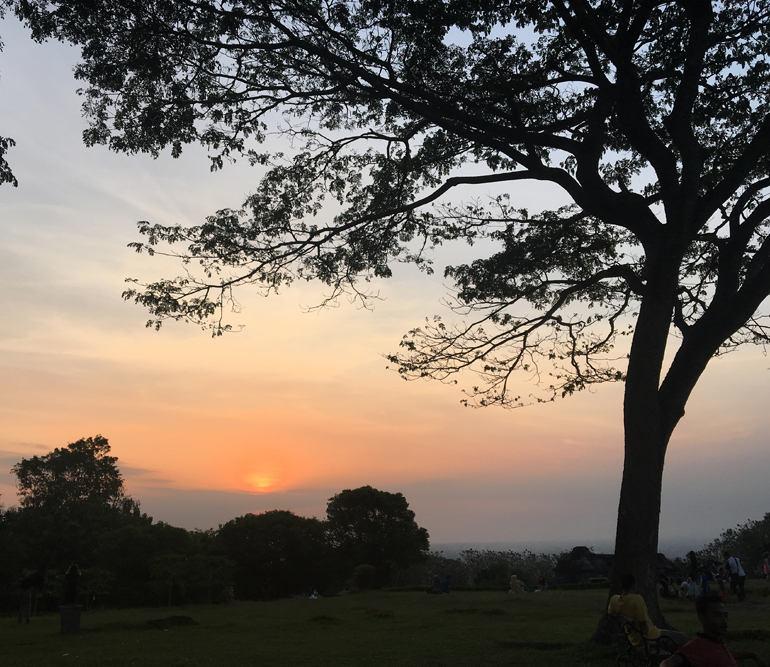 If you’re planning a trip to Yogyakarta, hopefully this post helps you in any kind of way. I’ll be writing soon about all the food places to visit.